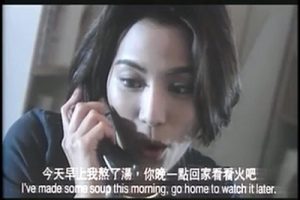 Translating subtitles for film and television is challenging for a number of reasons. A translator’s objective is to preserve the meaning of the story; the moment a word, phrase, or gesture gets lost in translation, the entire scene can be wrongly interpreted—a poorly translated script can turn a dramatic film into a comedic one, and vice-versa. If the wrong word is used, it’s also easy to unintentionally offend thousands,

However, there are, of course, precautions translators can take in order to successfully translate a film or TV series:

Don’t translate word-for-word. Before beginning the translation process, it’s important to understand the scene in its entirety. What is the significance of the characters’ lines? What should audiences take away from their exchange? When it comes to choice of words, translators are forced to make judgment calls in order to find the proper balance—modifying too many words or altering a sentence completely can potentially change the meaning, while a literal translation of the script can bring about the same unwanted results.

Research the film audience’s culture.  Is this an American film for a Dutch audience? A French film for a Japanese audience? Whoever your target viewers are, understanding their culture is key to a successful translation. Gestures, words of profanity, dialects, and slang can all be interpreted incorrectly if they are not properly researched; for example, finding the equivalent term in Italian for  “what the heck” or “damnit”. In Italian, they will likely use “che cavolo!” to express this, but translating this literally would mean “what cabbage!”. The same goes for interpreting other culture-specific communication, like gestures, which can be awfully challenging to translate. When someone from India half-nods their head (it’s actually kind of a side-to-side movement), it’s not safe to assume that means “yes” or “no”. It can mean a number of things: “OK”; “I understand”; “That’s fine”; “I accept what you’re saying”, “I’m not sure”, etc.

Avoid using lengthy words or phrases. Translating words on screen is not the same as translating a document or contract. One of a translator’s more challenging tasks is to keep words and phrases as short as possible so the words don’t cover up half the screen. This often poses a problem when you’re translating to a language like German or French, as their sentences are usually about 25% longer (at least) than English ones.

Review, review, and review some more. Watch the scene you’ve translated over and over again. Do your words match the actors’ expressions? Is it a seamless transition to the next scene? Ask your colleagues to judge the scene, too. If you’re doubtful about a particular scene, a great way of ensuring your translation is on-point is by watching it muted with your translated subtitles, and then asking a fellow-translator to interpret the scene back to English.

If you require an accurate translation of a video, film, or TV series, especially one that reaches a wide audience, contact us at Language Marketplace for professional subtitle translation.