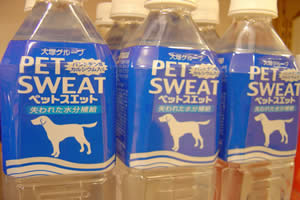 When Signs Go “Bad” – In China, there is a restaurant called “Translate server error”. The owner attempted to translate the Chinese word for restaurant into English but the machine translation produced an error. Not knowing the difference, the restaurant printed the error out in English and used it for their sign.

Words Matter – A while back, presidential hopeful Hillary Clinton gave Sergey Lavrov, Russian Foreign Minister, a gift representing a “resetting” of the relationship between the U.S. and Russia. But instead of saying “reset” in Russian as was intended, the translation on the gift said “overcharge” in Russian. Needless to say, it was a bit embarrassing for the U.S. government.

$71 million for a mistake  – A miss-translation can cause a grave effect as is in the case of medicinal mishaps. Willie Ramirez was in a comatose state when he was admitted to a hospital in Florida in 1980. His parents were trying to describe the situation of their child to his attending physician, who unfortunately could not understand a word of Spanish. A bilingual staff of the hospital began translating the parents’ words to the doctors. The mishap came from just one word, “intoxicado”, which was aptly translated by the staff as “intoxicated”. However, the actual case of Ramirez was that he was “poisoned” which made a world of a difference in terms of the drugs that were administered to him. The family was trying to say that Willie was poisoned, not in a state of drug overdose. The mishandling of the situation caused Ramirez to be quadriplegic by the time he woke from his coma. The hospital was then charged for a malpractice settlement of over $71 million to compensate the permanent damages to Willie.