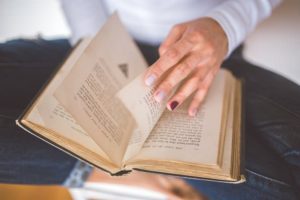 It’s not always easy to distinguish Canadian and American spelling. In fact, it’s quite common that people use both types of spelling in their text without meaning to.

While there are some general rules to identifying the two, there are also plenty of exceptions. Canadian spelling tends to follow British spelling, but sometimes, it adapts rules from America; for example, America and Canada spell it “program” rather than the British, “programme”. There are loads more differences, not just in spelling, but also in vocabulary (did you catch our use of the common British “loads” versus the North American “lots”?) and in punctuation (Oxford comma, smart quotations, etc.).

But that’s another topic altogether. Let’s begin by clarifying the main distinctions in spelling between Canadian and American English.

Here is where Canada and America act like neighbours again. In the case of the “z” versus the “s”, Canadian spelling wanders from its British ancestral roots. In British spelling, most verbs are spelled with “se” (“organise”, “analyse”, “recognise”), although “ze” is actually becoming more widespread. The exceptions to this rule are words like “advertise”, “despise”, “supervise”, and “exercise” which are spelled with “se” in both British and American English.

Likely influenced by Canada’s French heritage, words like “centre”, “fibre” and “metre” end in “re”, whereas American spelling uses the reverse, “er” (“liter”, “theater”). The exceptions are words ending in “cre”, like “acre” and “mediocre”, which remain the same in both instances. Once again, the Prairie Provinces have adopted the American spelling, in this case.

When you are translating an important document or content that will appear on the web, it’s important to ensure that your use of spelling, grammar, punctuation, and style is consistent with the region you are targeting. If you need a translation specifically using Canadian, American, or British spelling, The Language Marketplace is a professional translation service that promises quality and accuracy.