South Carolina is a U.S. State. The state's population in 2012 was over 5 million and ranked 24th among the U.S. states. South Carolina contains 46 counties and its capital is Columbia. Its major agricultural outputs are: tobacco, poultry, cattle, dairy products, soybeans, and hogs. Industrial outputs include: textile goods, chemical products, paper products, machinery, automobiles and automotive products and tourism.

South Carolina's economy is generally weaker than other Coastal Southern states. The state was especially hard hit by the 2008 economic crisis. Its unemployment rate, over 11%, is the third highest in the country. Early in the 20th century, South Carolina developed a successful textile industry. The state also converted its agricultural base from cotton to more profitable crops, attracted large military bases, created tourism industries. Like most states in the southern United States, South Carolina struggled with ending racial segregation. Violence was relatively low in the state. The integration of Clemson University is an example of where an institution in South Carolina was able to achieve "integration with dignity".

Language Marketplace has been providing professional Interpretation and Translation services in South Carolina to a wide range of clients for many years.

We have English | Spanish | French language coordinators and conference interpreter services. Below is a list of towns and cities in South Carolina that Language Marketplace presently has customers: 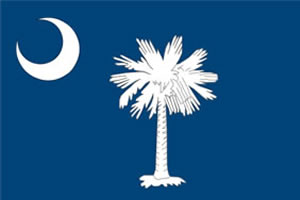 The first tea farm in the U.S., created in 1890 near Summerville, South Carolina!

The largest companies with headquarters in
South Carolina