Dialects: There are several Portuguese dialects: Beira, Galician, Madeira-Azores, Estremenho (Southern), and Brazilian Portuguese. Standard Portuguese of Portugal is based on the Southern dialect (Lisbon and Coimbra).

Portuguese is now the world’s sixth-most spoken language. Brazil’s version, which has some significant differences from the European one in grammar and vocabulary, is spreading. When people speaking Portuguese from Portugal appear on television here, they are frequently subtitled in “Brazilian”.

Brazilian is very quickly becoming the to go to language for for typical usage in both print and the internet.

The reason is simple. Brazil's economic and political rise has given a once-fading Old World language new life, but on its own terms. Classes in “Brazilian Portuguese” in North America and Europe are packed with oil and mining executives, jewelers and retailers who need to be able to buy and sell in Rio de Janeiro and Sao Paulo.
With Brazil’s surging middle-class traveling internationally, tourist destinations are rushing to bring in guides and texts to woo them in their own language.

Our knowledgeable staff will help you every step of the way. Our customer service and quality will bring you back!

Contact us today to get a free, non-obligatory price quote in PDF for your Portuguese business translation project!

We have specialist teams of professional linguist in various fields and competences. These translators are experts in their industry, with relevant knowledge and experience. We assign translation teams to work according to their business sector skill sets.

There are a wide range cultural aspects in the Portuguese speaking world that can vary quite significantly depending on the region. For example, many colors, symbols and region specific slang can have implications that can be quite different to those intended. It is vital that text be adapted accordingly.

In the translation industry we use the term ‘Transcreation’ to refer to this adaptation of a text to suit the cultural understanding of a specific target audience.

It can be a challenging task for a business to expand into the Portuguese market. It’s vitally important that marketing and advertising messages are correctly adapted to this audience, while not compromising the original purpose, style, tone and context of the message. An awareness of local cultural nuances and adapting your text accordingly is why our Portuguese translators only translate into there native tongue.

In the age of globalization, localizing your website into Portuguese is a highly cost-effective investment and an easy way to expand your business presence in that target market. We can professionally translate your website into Portuguese, retaining its meaning and flavor as per your original content.  Don’t insult your prospective customers by using a “free website translation tool” that does nothing more than show disrespect; this is not a good start in building a client relationship.  We can work in HTML, XML, ASP, PHP, GIF, JPEG, Joomla, Drupal, PNG, and CMS. 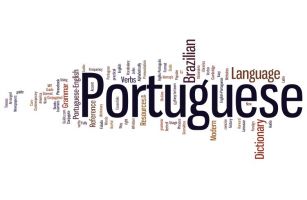 Portuguese is a language spoken in three major areas of the world - Portugal, South America and parts of Africa.

Major countries include Portugal, Brazil, Angola [official language of the last two] and Mozambique, though it is also spoken in many countries in South America and in parts of Asia - East Timor, Macau and Goa.

It ranks highly as one of the most commonly spoken languages in the world. It is often learnt, and used, as a second language in South America.